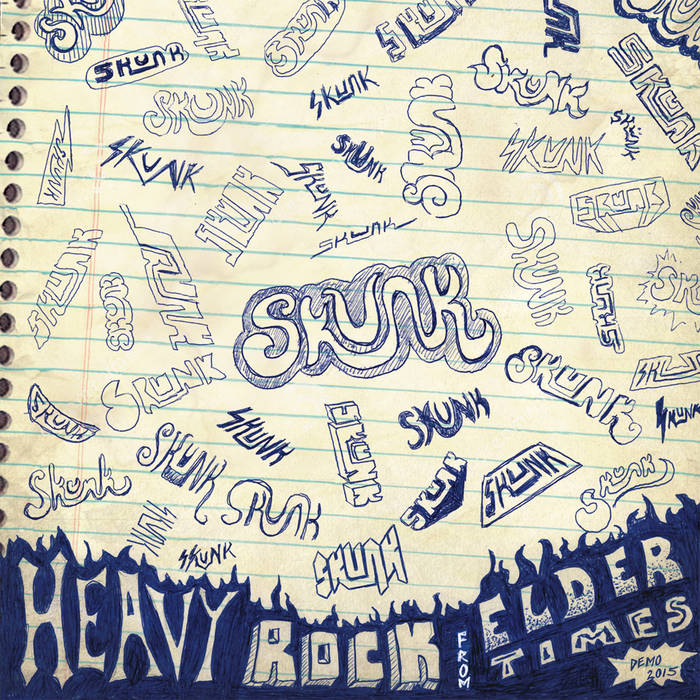 SabbathJeff That is the correct way to title your demo! Truth in advertising right here. I still recall 20 years ago trying to tell my dad that smell was, in fact, a skunk in his car. Oy was I young and stupid. Well the d & a was left behind but the riffs...oh those get to stay. Apparently my ears haven't reached the point of desperation yet? Keep this shit coming! Received (with some stank on it). Spun (to air it out). Loved (the lingering riffs that are stuck in my brain). Thank you!

Héctor Hurtado Grooscors True preachers of the Proto-Metal gospel. If you're into bands like Jerusalem, Dust, Leaf Hound, Poobah, Sir Lord Baltimore, or contemporaries like Sweat Lodge, this is your cup of tea!

paul rote NEAR PERFECTION !!! And it's only a demo. This is the obscure seventies heavy acid rock sound I am looking for. Sounds like orangutan meets dust meets leafhound,throw in some Jerusalem for good measure.This is for the "primitive man" ! Favorite track: Badwater.
more...

"Heavy Rock from Elder Times" is the first self-produced demo from the hard rock band SKUNK, of Oakland, Ca.

"Post-proto-metal bellbottom abusers from the deepest corners of Oakland, CA, Skunk is what happens if you raise your kids on Grand Funk 8-tracks and weed smoke." - Classic Rock Magazine (#212)

"Lots of 70s inspired riff loving worship going on. If you dig Zeppelin, Sabbath, AC/DC but with a Stoner groove then time to light up your best BONG with SKUNK" - Outlaws of the Sun blog

"Heavy Rock From Elder Times by SKUNK is just the kind of 70’s-influenced, heavy, acid rock sound we are on the watch for here at Doomed & Stoned." - Doomed & Stoned

"...their fuzz and classic swagger is sold well over the course of the demo’s six tracks, which are as unabashedly stoner in their riffs as they are in titles like “Black Hash,” “Devil Weed” and “Wizard Bong.” - The Obelisk

"NEAR PERFECTION !!! And it's only a demo. This is the obscure seventies heavy acid rock sound I am looking for. Sounds like orangutan meets dust meets leafhound,throw in some Jerusalem for good measure.This is for the "primitive man"! - Paul Rote

"the new demo from SKUNK throws its cards onto the table with a grin and a bang of the head. Classic-sounding riffs...very nicely produced for something the band has branded as a demo, with enough grit left in to make the heavy rock feel even more genuine with its dirty attitude. " - Ride With The Devil blog

Bandcamp Daily  your guide to the world of Bandcamp